EMBARK ON THE TARDIGLOBE, YOUR MOST SPECIAL VESSEL, TO DELVE INTO THE ONE THOUSAND AND ONE WONDERS OF EVOLUTION ON EARTH.

Since it was created in 2006, our www.albuga.info website has given pride of place to archaeological digs and promising projects carried out in Nouvelle Aquitaine.

After all those years spent in touch with prehistorians, on the excavation sites as well as attending the conferences, the time has come to widen the search field of our journalistic investigations.

Prehistory, as this scientific discipline has been practised since the mid 19th century, concerns the history of humans, the emergence of our species on Earth being the starting point.

It is more than difficult to place the cursor as we came into existence neither ex abrupto, norex nihilo, nor suddenly, nor just from nothing – let me apologize but I felt like using a bit of my Latin “expressions”.

We are the present stage of a very long evolution, as the human lineage managed to take on various forms to suit the changes of climate and landscapes, till it turned out to become the unique species nowadays peopling the whole surface of the Earth: all of us, Homo sapiens, meaning – let me apologize again – skilful men.

As far as the tardigrade, – our ambassador on TARDIGLOBE – is concerned, focusing mainly on the emergence of the human lineage would mean forgetting all about what happened on Earth before.

Life, as we understand the term, embodied by living beings whose movements we can observe, did really start more than four billions years before. One could even say that, taking into account the never-ending and even imperceptible transformations of minerals, all of them originating from extra-terrestrial star dust, which turned into asteroids and meteorites breaking through our atmosphere, the evolution of life on Earth in extenso dates back to four billions years and a half.

Such is the age of our blue planet that came into being together with the formation of the solar system. Our galaxy is of course part of a Multiverse, a recent concept embracing a boundless infinite number of actual galaxies far beyond the universe that can be seen by our telescopes and all sorts of most recent measure equipment we know.

By no means, all this should make your head spin. The TARDIGLOBE is an invitation to a special journey towards the Earth, to rediscover its wonders and beauties. One can only feel like saving what we have learnt to love. Our aim is to try and trace the history of all the forms of life on Earth. Day after day, the main stages of this blooming profusion are brought together again by the international scientific community, always based upon concrete remains. As biologist and oceanographer Gilles BOEUF puts it so clearly:

“What is the role of a researcher? Telling true stories based on objects of little or no interest and even looking ugly! ”

So many true stories can be told to have an opinion about the incredible never-ending chemical experiments imagined by life, to create, over the course of time, lots of mineral species, bacteria, algae, yeast, plants and mycelium, animals, etc. Life has continuously done the best to try out everything, producing that fabulous so fragile biodiversity, we at last care about today.

The project of TARDIGLOBE is to explore, investigate, make progress, pass down, starting through immersion in paleo-artist Elisabeth Daynès research centre.

For the last thirty years, she has been dusting and giving new life, new presence and dignity, to our human fossils.

Through contact with her mind-boggling anthropological reconstructions, we are deeply moved meeting those men and women of the past. Her handling and genius have made them look larger than life, more authentic than the original ones.

Before giving you your “ticket for species”, let me quote British poet and artist William BLAKE, he who did inspire U2 rock’n roll group for their superb album “Songs of innocence”.

“If the doors of perception were cleansed, everything would appear to man as it is, infinite.”
Le mariage du Ciel et de l'Enfer – William Blake – (1793) [“The Marriage of Heaven and Hell” – William Blake – 1793.]

Have a nice trip and please trust me. I will always suggest to you going further for new take-offs.

Don’t wait anymore to meet Élisabeth DAYNÈS among her loved ones, in her research centre: 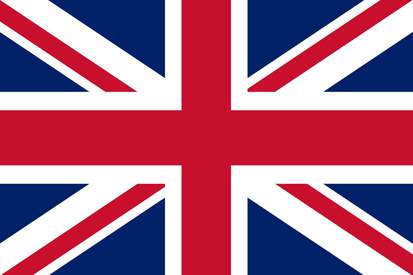 BAN HUNTING ON YOUR LAND?
YES, YOU CAN!

Given the number of dreadful accidents over the past few years in France – with stray bullets fatally injuring car drivers, hikers or residents in their garden – tensions are rising between the hunters and those who firmly believe that hunting should be banned on their land. And they have every right to think that way. “No-hunting” laws exist, except in three départements in Alsace-Moselle – an exception to the rule. Everywhere else, to assert this legal right to ban hunting, all you have to do is make a request by registered mail with acknowledgment of receipt and send it to the Fédération des Chasseurs in your département. Their presidents and their technicians are your privileged interlocutors; they will be there to inform you and assist you. They are the only ones authorised to do so. In this article we shall be telling you the fast and easy steps to follow.

THE ROCK ART OF TASSILI N'AJJER

Life in a green and fertile Sahara swept away by the advancing desert 7,000 years ago

The prehistoric works of rock art in Tassali n’Ajjer evoke the pastoral life of a green central Sahara around 7,000 years ago. © Jean-Loïc Le Quellec

They were beautiful, dazzling, almost familiar and yet impossible to pinpoint in time. “The Tassili frescoes”, as they were named during the last century, are, as we now know, the works of the first livestock and arable farmers in the central Sahara. Between 9,000 and 5,000 years ago, the Sahara was in fact verdant and a hospitable environment for the humans who settled there and for the cattle, goat and sheep breeding activities that they gradually developed. A verdant Sahara inhabited by farmers “in the making” clearly emerges, as they depict their daily lives in paintings and engravings on the rock faces around them. They can be seen herding their livestock and celebrating the important events in their pastoral life: harvests, dances, traditional rites… You can even see the way they did their hair and the way they dressed. And so, for thousands of years, the rock walls have conserved what filled the lives and hearts of the first herdsmen in the central Sahara. And as Maadiar says in his ingenious speech bubbles in Fréwés drawings in the comic book they have just brought out entitled « Tassili, une femme libre au Néolithique »: “Even if our tragedies and our dreams have been forgotten, our paintings, our drawings still sing our stories on the rock faces […] all these traces still sing the stories of our past lives. Life in the Sahara in ancient times.”

The first stonecutters, the first artisans, fractured volcanic rocks, phonolite and basalt to produce sharp flakes. This was 3.3 million years ago on the west bank of Lake Turkana, in Africa, in Kenya. In terms of age, the former record breaking find had been “pebble tools”, said to be 2.6 million years old, discovered at Gona in Ethiopia in 1976 by the same team, directed at the time by Hélène Roche.
Carrying on with their research work, this French mission, now headed by Hélène Roche’s disciple, Sonia Harmand, has pushed the stone tool timeline back a further 700,000 years thanks to these new discoveries made in 2011 and 2012 whilst working on the West Turkana Archaeological Project.
Pierre-Jean Texier, a high-ranking lithic expert, one of the scientific commissioners of the HOMO FABER exhibition, with his light blue eyes and his warm smile, clearly explains just how important these objects are: flakes, nucleuses, hammerstones and anvils.

HATS OFF TO OUR LOCAL PRODUCERS

Yvonne and Éric Castang are present on the Bugue market every Tuesday and Saturday morning
Photo copyright: Sophie Cattoire

Although we automatically step back just as we’re about to hug each other – something, admittedly, that I find hard to do with my closest friends – there is however a heart-warming consequence of the health crisis we have been going through. Sensibly avoiding the crowds, we have turned once more to our local producers for our food requirements. The maisons paysannes (local produce shops with a human touch) are going from strength to strength and buying straight from the growers or opting for local distribution channels has now become a matter of course. As a result, our local farmers have been able to pick themselves up again, with no middlemen there to fleece them...

When Prehistory burst onto the scene in the middle of the 19ᵗʰ century there was a huge collective shock. No, the world had not been created in seven days; it was obviously too short a time. From that day on, Prehistory began to have a profound and confusing impact on modern man. Modern art has sometimes “translated” this shock, since artists express things they are obsessed by instead of bottling up their emotions. That is the road of research that Rémi Labrousse, modern art historian, embarked on. Last autumn he invited us to share the fruits of his research during a lecture he gave at the Pôle d'Interprétation de la Préhistoire in Les Eyzies: a follow-up to the group exhibition entitled “Préhistoire, une Énigme Moderne” held last summer at the Centre Pompidou in Paris. According to him, modern art, deeply affected by prehistoric art, reveals a sensitivity to this rich past, unlike History, reversing any linear vision of progress and imposing the idea of a loop, and therefore infinity. You can’t put a date to art. It just IS.